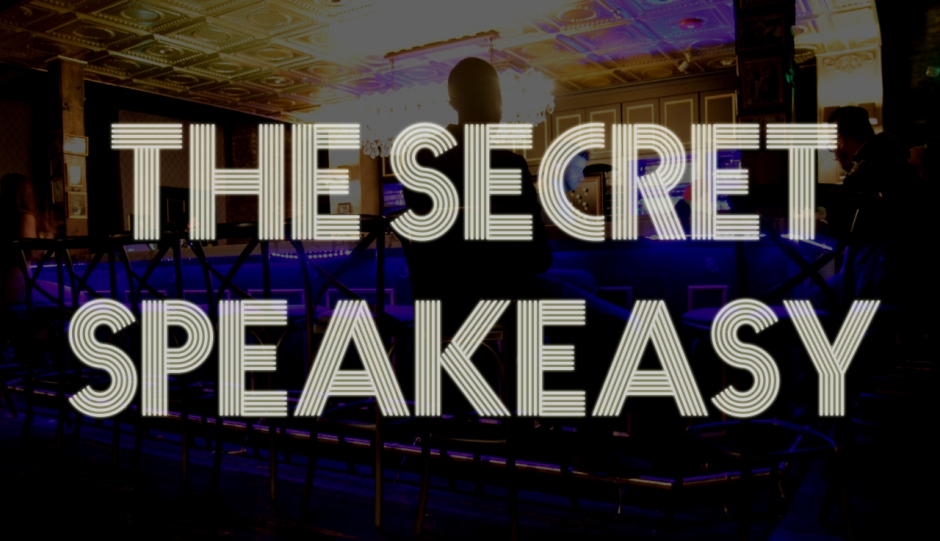 Hello everyone and welcome back to Brown at the Bar. I’d like to start off by saying I’m very excited about this post and it was all made possible by one of my favorite people and fellow blogger, Sandra, who has her own blog as well –> Avant-Garbs. Thank you for introducing me to this hidden gem and being a wonderful photographer for the evening!

I arrived at the GPS location in Birmingham’s Avondale area around 10:00PM. Naturally, I followed my map to the pin looking for some signage for the bar or maybe a suspicious looking doorman from the 1930’s guarding a hidden doorway. There was none. Sandra appeared after I had stood around looking lost and eventually led the way. Through a doorway and atop a steep flight of stairs was a bar, yes, but not this alluring speakeasy she spoke of. Oddly out of place though was a phone booth she instructed me to step inside. 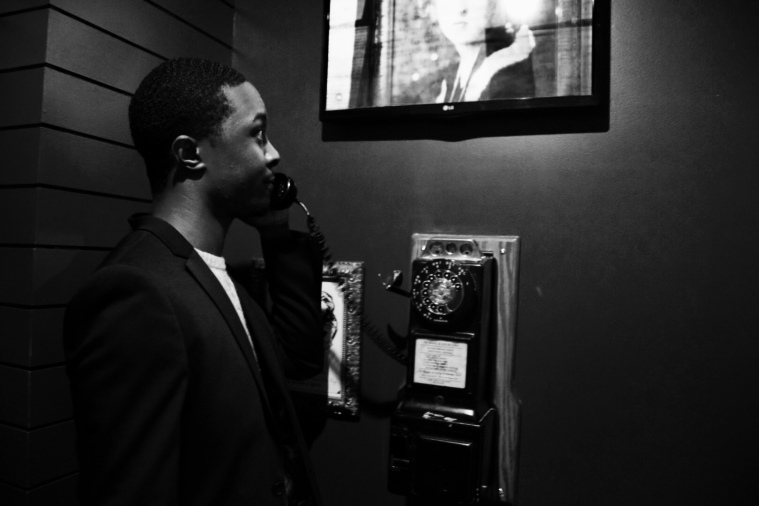 I pick up the phone not knowing what to expect. A hostess answers, “Hello! How are you?” We have some small talk and I’m told to leave my contact information and wait for a phone call. We head back downstairs to the bar/restaurant in the accompanying building, Fancy’s on 5th. From the outside looking in, it seemed like a young professional, hip middle aged, neighborhood friendly establishment. The first song I heard at the bar was “Blank Face” by Schoolboy Q. Sandra noted that in a previous visit they played “Trial Time” by the late Last Mr. Biggs. Not what you’d expect from the crowd inside but I was completely here for it. Fancy’s on 5th describes itself as a “relaxed burger & oyster joint.” We only came for the drinks though. Their menu is pretty neat with a mix of bourbon and gin based drinks. I ordered a variation of the “Fig & Pig” due to them no longer having fig puree. It had both absinthe and bacon syrup in the same glass which lead to a taste I couldn’t at the time and still cannot describe. I was a tad disappointed that I didn’t get to experience whatever a fig puree would have added to the mix. Sandra had a “Fancy’s French” which she labeled “a yummy Sprite.”

About an hour passes and I get a phone call from an unknown number. It’s the hostess from the other end of the phone booth letting me know that there are two spots available for us. We get back to the phone booth and I let her know who is on the line. Immediately after hanging up the phone, Marble Ring reveals itself and it’s as if we’ve literally stepped back in time. 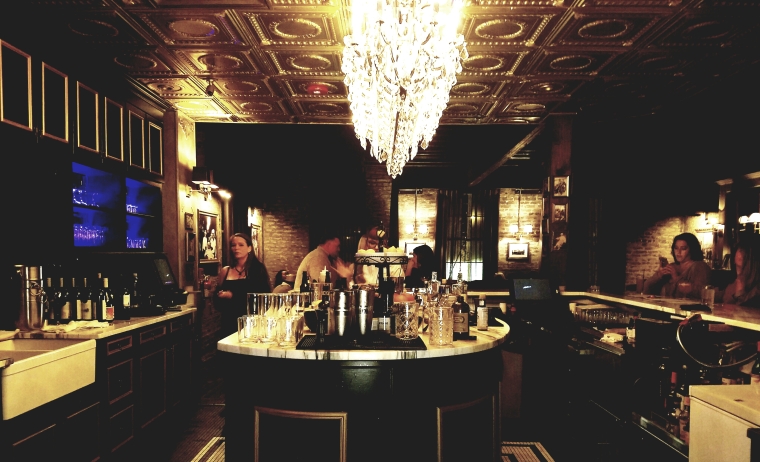 First of all the bartender, bar back, hostess, and waitresses are dressed in full character; I’m talking sequins, leopard print faux furs, fringes, suspenders, the works. The music is of course swing, and the decor is a very appealing mix of metallics, dark woods, button tufted seating, and a contrasting royal blue glow from the nooks and crannies of the bar area. There’s also a bathtub in the middle of the floor that just fits because it’s so cool. People were sitting in it and taking pictures when we arrived. 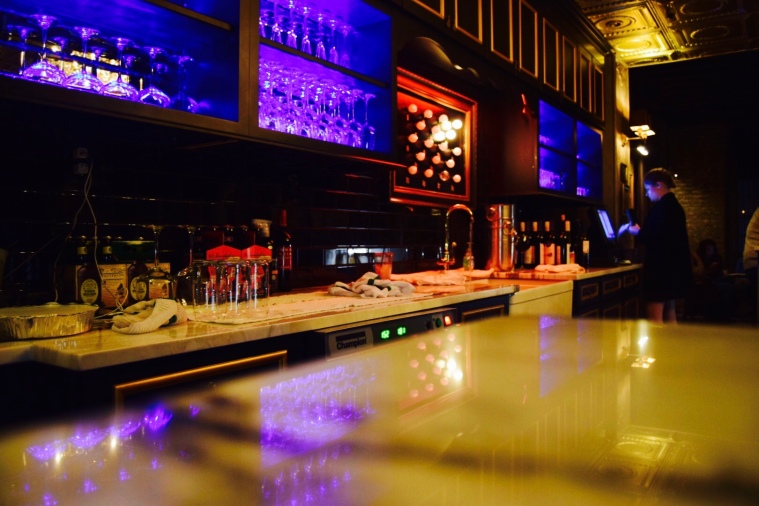 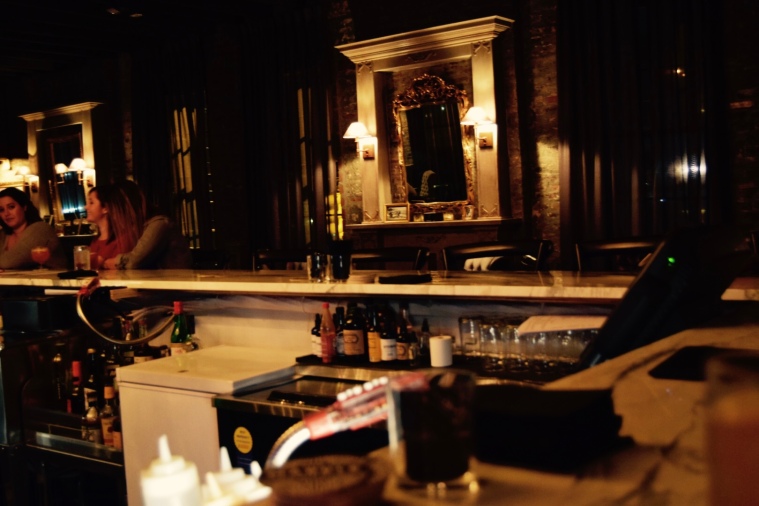 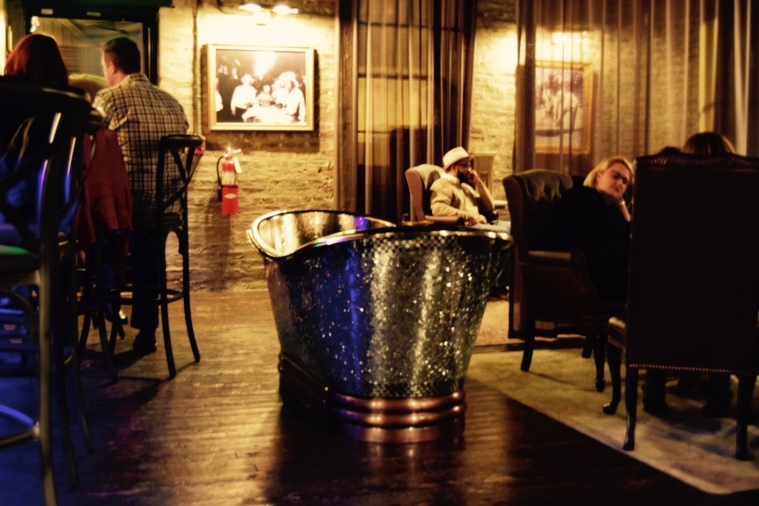 I ordered a “Witchy Woman” which consisted of Bulleit Bourbon, lemon juice, pineapple-jalapeño syrup, Jerry Thomas bitters, more absinthe, and ginger beer. This drink was a perfect blend of spice and sweetness. I wouldn’t recommend it if you don’t know if you like jalapeño infused drinks yet though. I then had a “Hit & Run” consisting of Havana Club Rum, Laird’s Applejack Brand, Wild Turkey Rye Whiskey, Luxardo, and freshly squeezed lemon juice. I thought my first drink was strong until I had this one. It tastes nothing like what the excessive number of liquors would suggest. It was actually a very refreshing drink, one that you don’t feel until it’s time to get out of your chair. Sandra ordered a “July by the Sea” which looked “cute” and very summer appropriate. Her drink was made with Appleton Signature Blend Jamaican Rum, Aperol, Marble Ring’s pineapple-mango syrup, lime juice, and house made coconut syrup. She describes it as “mildly sweet and fruity with a taste of strawberries and whiskey, kind of like a sangria.” 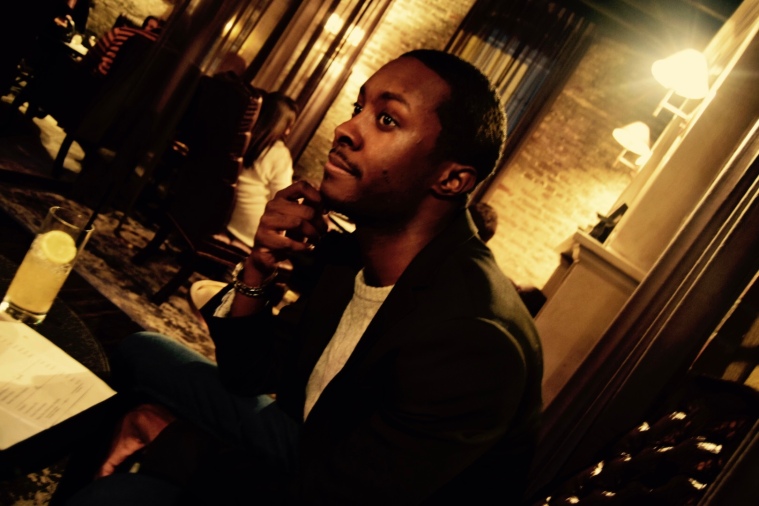 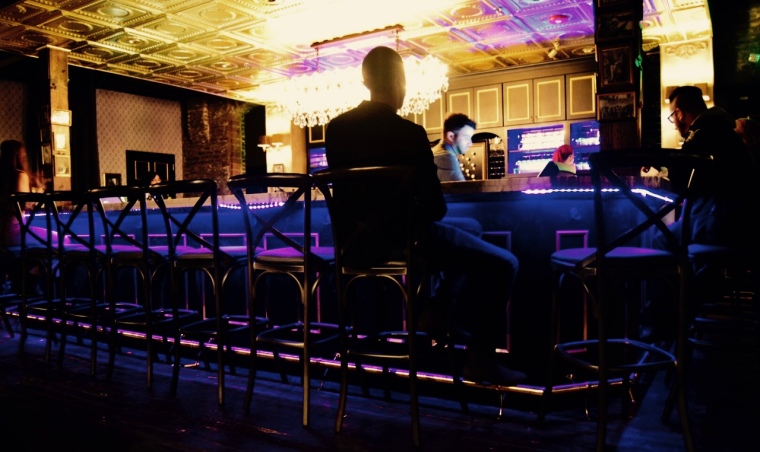 Overall, this place is awesome. It’s the perfect place to impress a friend or colleague with and something to put on a to-do list when visiting Birmingham, AL. I’d put Marble Ring at the top when it comes to a full bar experience. It’s the type of place you’d meet Josephine Baker and Coco Chanel. Marble Ring also gives you a reason to get a little more dressed up than you’re accustomed to on the weekend, and when you look good, you feel good.
Cheers and happy drinking!